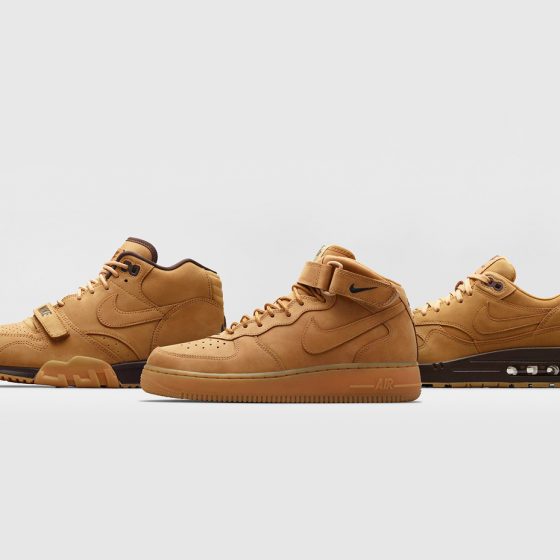 READ MORE
The Nike Flax Collection – otherwise known as the “Wheat Pack” is set to continue for another year with the recent release of Nike’s popular Fall 2015 range. Nike’s novel approach has won a number of converts in the sneaker world. For the second year running the company has successfully remodelled their most iconic shoe silhouettes and given them the “Wheat treatment”, a pleasing invention which is a remake of the original shoe but with golden wheat tones. Due to their commercial success during the initial November 2014 launch, Nike has brought back the Wheat Pack for 2015. The popular 2014 collection encompassed three classic additions which incorporated the latest weather resistant technology, unique accents and on trend design.
Share
Facebook 0 Likes
Instagram 0 Followers